Mr Yoshio Morozumi is a veteran in the domain of medical devices and equipment distribution and marketing. Started his career with Gomi Medical Equipment in Kofu, became the manager of Kyowa medical corporation, Kofu branch, Yamanashi and heralded the groups entry into Tokyo. After Kyowa Group became a part of Medius Holdings, he became the president of Medius Solutions until retirement in 2012.
He is a major share holder and founding director of Nichi-in Bio Sciences Pvt Ltd, the holding company of Nichi-in Centre for regenerative Medicine, R&D associate of GNC. He helped GNC establish networking among industrial and technological partners including Mebiol Inc., Sophy Inc., and some academic institutes.
He is a special advisor to GN Corporation in bridging novel inventions of GNC and IP rights to potential industry partners in pharma industry, regenerative medicine and allied healthcare companies

Dr Kazutoshi Haraguchi is a pioneer in the field of polymer nanocomposites, smart hydrogels, hybrid nanostructures, and biomaterials. The association with him started in 2006 through NCRM, the R&D collaborating institute to GN Corporation on bio-inert scaffolds for transplant of corneal endothelial precursors technology which got a patent in Japan in 2016. The technological collaboration with his team during the days of Kawamura Institute of Chemical research further extended into bio-inert implants and fillers, some have reached clinical pilot studies. He graduated from Kyushu University in 1973 and received his PhD in 1978. He joined Kawamura Institute of Chemical Research (KICR) in 1978 followed by a post-doctoral fellowship in Liverpool University, UK between 1979-1981. He became a director of KICR in 2001, and Senior director in 2006-2014. In April 2014, appointed as Professor of the department of applied molecular chemistry in Nihon University, while was also a visiting professor of the University of Tokyo. He was a vice president of the Society of Polymer Science, Japan during 2016-2018. Dr Haraguchi is now continuing to serve as a visiting professor of Nihon University while heading the nanomaterial research projects jointly with GNC and its collaborators.

Dr Hiroshi Yoshioka, an eminent polymer chemist whose technological expertise have contributed to solutions in the fields of plant biology, agriculture, animal cell culture, tissue engineering and regenerative medicine. The association with him and his team started in 2002 for corneal regeneration using lab grown stem cells which was awarded a patent in 2009. Continuing collaboration has yielded novel solutions in cell therapy for cartilage repair, in-depth evaluation of matrix based reproducible chemically synthesized environments without animal or foreign protein contamination to augment cell therapy tools in various applications including urology and orthopedics. Recently, studies on cellular senescence and implications of micro-gravity have gained our importance on which a Japanese patent has been granted. Dr. Yoshioka graduated from Waseda University, got his PhD in chemical engineering in 1995. After serving in Terumo Corporation, GRACE Japan and Johnson & Johnson he with Prof Yuichi Mori co-founded Mebiol Inc and serves as its president since 2018. The collaboration with GNC beside solutions using cell therapy, focus on cryopreservation of cells and the transportation of cells and tissues between labs and hospitals to improvise the outcome of clinical applications in regenerative medicine. 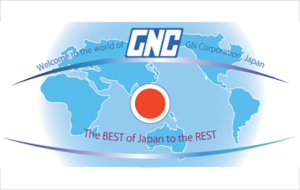 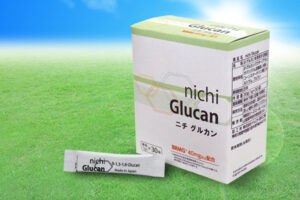 A study of nitiglucan on children with autism has … 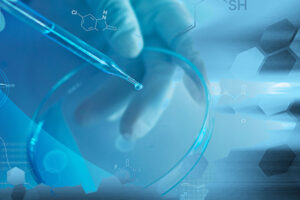 Spinning a solution in healthcare from a basic tec…